There is a lot to say about juices.
Whether they are raw, pasteurized, slow juiced, cold-pressed, from concentrate or not from concentrate…
The list goes on and on and yet, they are all called juices.

Needless to say, there are actually big differences between each type of juice. When it comes to juices and their health benefits, the scientific world is not unanimous. More specifically, there is no consensus about which specific processing method has the best result in preserving the vitamins and nutrients from fruit and vegetables and how this results in extra health benefits.

What there is a major scientific consensus about however, is that less processed food is a lot healthier than processed food. That’s why Yugen only works with the highest quality, pure organic juices and not from concentrate.

We never settle for lesser alternatives and source on an almost daily basis for the best quality on the market. Unfortunately not all fruit is produced locally so we have to source globally. In this process we pay attention to local production conditions and practices.

Because we believe in transparency, we’d like to share the origins of our fruit juices and as a bonus, we've added some fun facts about each fruit or spice!

Ginger originated in the tropical rainforests from the Indian subcontinent to Southern Asia. The underground stem, also known as the rhizome, of the ginger plant is what is used as spice, so not actually the root.

Ginger produces clusters of white and pink flower buds that bloom into yellow flowers, and the perennial reed-like plants are about a meter (3 to 4 feet) tall. Because of its aesthetic appeal and the adaptation of the plant to warm climates, it is often used as landscaping around subtropical homes. As if ginger wasn't beautiful enough!

Ginger also contans a diverse array of many important vitamins and minerals. One of them is gingerol, a compound with potent antioxidant and anti-inflammatory properties that has been linked to many unique health benefits.

Our ginger comes from Peru. Most ginger is produced in India and China but we prefer the extra spiciness of the Peruvian kind.

The lemon is native to South Asia, primarily North eastern India. The average lifespan of lemon trees is over 50 years. Lemon trees usually bloom throughout the year, and the fruit is picked 6 to 10 times a year. One tree can produce between 225 and 270 kilograms of lemons in a year. More than enough to provide us for our zesty ginger lemon kombucha!

Did you know that lemons can save lives? Because lemons are high in vitamin C they can prevent the disease scurvy which was common among sailors stuck on ships for months.

Our lemon juice comes from Spain. The top producers, however, are India, Mexico, China, Argentina, Brazil, and Turkey who collectively account for 65% of the global production.

An apple a day keeps the doctor away, so they say...

Did you know there are more than 8,000 varieties of apples? This is the largest variety of fruit to exist. How many varieties can you name?

Apples contain high levels of boron, which stimulates electrical activity of the brain and increases mental alertness. Interesting fact is that apple seeds also contain cyanide, a potentially deadly chemical. Don't worry about it though, apples contain such a small dose of cyanide that it won't be harmful.

New York city is known as “The Big Apple”, but the biggest apple producing country is actually China. The biggest apple however was a Hokuto apple grown in Japan. It measured a whopping 1.8kg. Crazy, right?

Our apple juice comes from Poland, which is the world's fourth largest apple producer.

You could say that mango is the most popular fruit because more fresh mangoes are eaten around the world every day than any other fruit. We certainly understand why, it's just so freakin' delicious!

Mango is often called the king of fruits not just for its taste and super flashy yellow color, but also for the array of health benefits it offers. Did you know that mango contains over 20 different vitamins and minerals? Most notably vitamin C, vitamin A, folate, fiber, vitamin B6, and copper.

The mango is even the national fruit of India, Pakistan, and the Philippines. The tree itself can grow to 30 meters tall. No wonder it’s also the national tree of Bangladesh.

Our mango comes from India. There are over 400 mango varieties in the world but we chose the Alphonso Mango. It’s the Rolls Royce of Mangos because of its rich, sweet flavour.

Turmeric has a very similar appearance to that of ginger and both are considered miracle spices. However, turmeric is orange and ginger is yellow. People who have used fresh turmeric know its dyeing power is no joke. It’s very orange and very hard to clean (we speak from experience). That’s why it’s also used a natural dye.

The medicinal use of turmeric dates back to prehistoric times. It’s a staple amongst ayurvedic doctors because it contains more than 300 naturally occurring components including beta-carotene, ascorbic acid (vitamin C), calcium, flavonoids, fiber, iron, niacin, potassium, zinc and other nutrients.

Our turmeric comes from India. Not a surprise when you know that India produces nearly all of the world’s turmeric crop and consumes 80% of it as well.

There are more than 1,000 varieties of cherries in the world, but only a small percentage of that number is used commercially. Did you know cherries actually belong to the rose family?

Not every cherry tree produces cherry fruit. Some varieties have been bred to produce beautiful flowers. In Japan, the cherry blossom symbolizes the transience of life, which is a major theme in Buddhism. The cherry blossom tree is known for its short but brilliant blooming season, a natural process that metaphorically describes human life.

Cherries are a rich source of antioxidants and are packed with potassium, vitamin C and B complex, and melatonin. That’s the sleepy hormone so cherries can actually improve your night’s sleep! Cherries also contain few calories. The perfect evening treat if you ask us.

And last but not least, cherries are the luckiest fruit of all since they are never far from the one they love. Get it?

Our cherries come from Germany and Serbia, two major producers of cherries in the EU.

Grapefruit was created in Barbados when the sweet orange and pomelo were accidentally bred together. Both ancestors of the grapefruit were introduced from Asia in the seventeenth century.

The name grapefruit comes from the fact that the fruit grows in grape-like clusters, and can imaginatively be looked at as grapes when small and green.

Grapefruit has many nutritious elements. It is an excellent source of vitamin A (in the form of carotenoids) and vitamin C. Grapefruit is also a good source of pantothenic acid, copper, dietary fiber, potassium, biotin and vitamin B1. It’s so potent that it can actually increase the effectiveness of medicinal compounds.

Our grapefruit comes from Israel but the top producer is China, followed by the United States and Mexico.

The plant is indigenous to South America and is said to originate from the area between southern Brazil and Paraguay. The plant takes almost three years to reach maturation and it can fruit a total of three times during its lifetime. Have you seen a pineapple grow? It’s so weird and funny looking!

Anyway, pineapple plants have beautiful flowers which can vary from lavender through light purple all the way to red. When creating its fruit, it usually produces up to 200 flowers. Once it flowers, the individual fruits of the flowers join together to create what is commonly referred to as a pineapple. So the pineapple fruit itself is actually a bunch of “fruitlets” fused together.

Pineapple contains lots of nutrients, vitamins, and minerals, including copper, potassium, calcium, magnesium, manganese, vitamin C, thiamin, B6, beta-carotene, and folate as well as soluble and insoluble fiber and bromelain. Bromelain gives that prickly sensation when eating fresh pineapple and boosts your digestion.

We source our pineapples from Costa Rica, the number one producer in the world.

Who doesn't like strawberries? Their unique delicious sweet taste, beautiful color and perfect bitesize shape makes this a favourite amongst kids. But not just amongst kids, adults also love the sweet berry.

In France, strawberries are believed to be an aphrodisiac. They are served to newlyweds at traditional wedding breakfasts in the form of a creamy sweet soup. Besides their enticing flavour, strawberries also seduce us with their delicious scent. Makes sense, since the fruit is actually a member of the rose family.

Weirdly enough, the strawberry is the only fruit that grows its seeds on the outside instead of in the core. Since the seeds are on the outside, strawberries aren't true berries, like blueberries or grapes. You can actually use the seeds to start your own plants, but most strawberries will reproduce with the help of runners, not seeds.

They are the first fruit to ripen in the spring, providing us with lots of nitrate and vitamin C. This can increase the flow of blood & oxygen to the muscles, which is perfect for those sore legs in the wintertime.

Did you know there is actually​ a museum in Belgium (in Namur) just for strawberries? Yup, we really are crazy about this cute little berry… 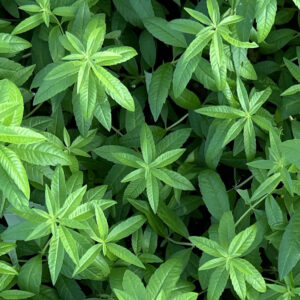 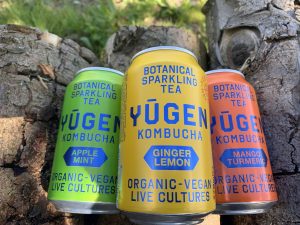 Our commitment to sustainability 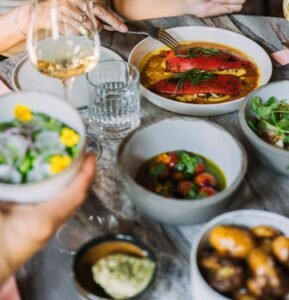